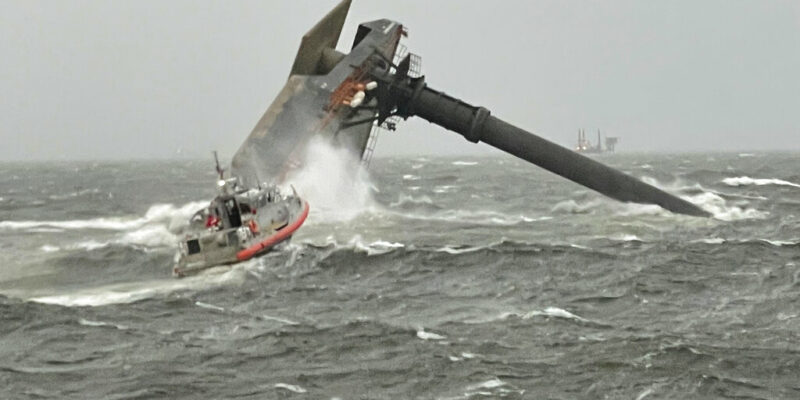 (AP) — The Coast Guard is searching for a dozen people off the coast of Louisiana after six crew members were pulled from rough seas. They were on a commercial vessel that capsized in a microburst of dangerous wind and weather.

The Advocate reports that a Lafourche Parish official said 18 were on board. The U.S. Coast Guard said two of its ships and several other boats responded to calls for help as the storm blew over the Gulf of Mexico south of Port Fourchon. The wind and rough seas flipped the Seacor Power, a huge liftboat that drops legs to the seafloor and becomes a platform.