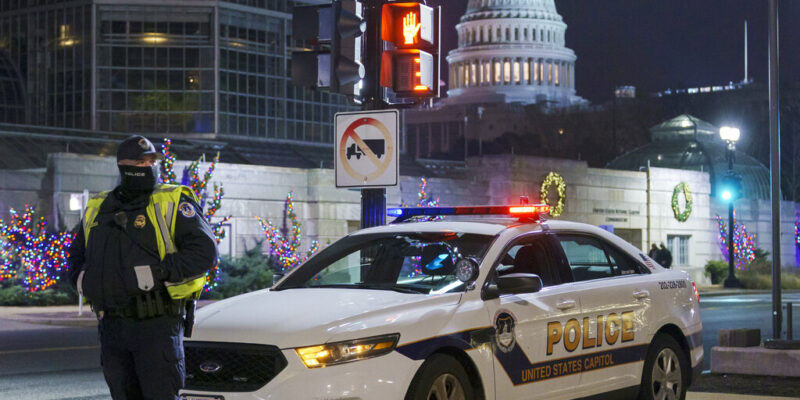 A U.S. Capitol Police officer stands watch on Independence Avenue before dawn as the House and Senate prepare to convene a joint session to count the electoral votes cast in November's election, on Capitol Hill in Washington, Wednesday, Jan. 6, 2021. (AP Photo/J. Scott Applewhite)

(AP) — President Donald Trump’s extraordinary effort to overturn the presidential election is going before Congress. Lawmakers are set to convene Wednesday for a joint session, required by law, to confirm the Electoral College vote won by Joe Biden.

The typically routine proceeding will be anything but. The president’s Republican allies plan to object to several states’ election results. Many say they are heeding the pleas of the president’s supporters’ to “fight for Trump.”

Trump is planning a rally outside the White House and pressuring Vice President Mike Pence, who is powerless to change the outcome in Congress. The last-gasp effort is all but certain to fail. Bipartisan majorities in Congress are prepared to accept the November results.

Pandemic-Era Mardi Gras: No Big Crowds, But Plenty Of Cake