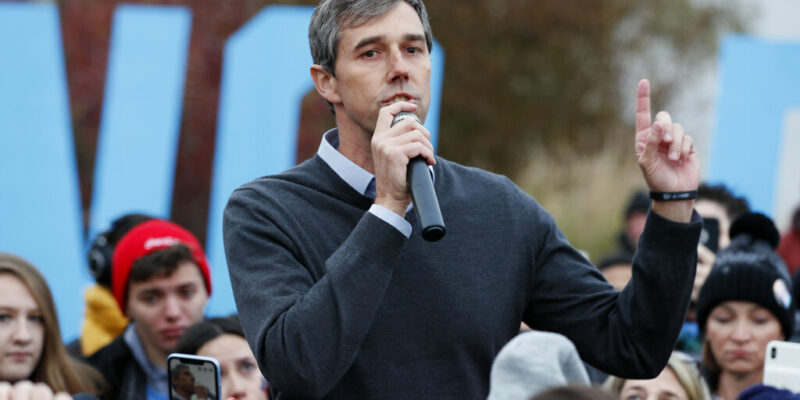 FILE - In this Nov. 1, 2019, file photo Democratic presidential candidate Beto O'Rourke speaks to supporters before the Iowa Democratic Party's Liberty and Justice Celebration in Des Moines, Iowa. Three years after becoming Democrats’ breakout star out of Texas, and a year after a short-lived presidential run, O’Roukre is again weighing another campaign, this time for Texas governor. (AP Photo/Charlie Neibergall, File)

(AP) — Former Texas congressman and presidential candidate Beto O’Rourke is contemplating a new political decision. Three years ago O’Rourke was the breakout star of Democratic presidential politics, but last year he crashed back to Earth in a short-lived campaign. Now O’Rourke is weighing whether to run for governor of Texas, and he’s being much more quiet about it compared to the fanfare surrounding his presidential bid. He says he hasn’t ruled out anything — and Texas Democrats are itching for an answer. A top aide to O’Rourke tells The Associated Press that there’s no timeline for a decision.