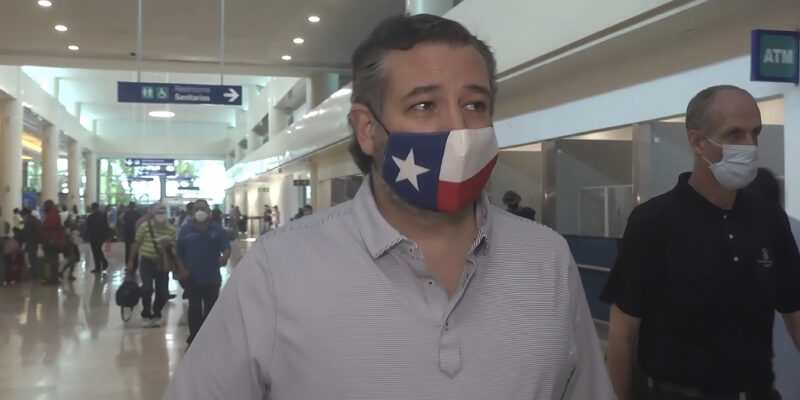 In this image from video, Sen. Ted Cruz, R-Texas, walks to check in for his flight back to the U.S., at Cancun International Airport in Cancun, Mexico, Thursday, Feb. 18, 2021. (AP Photo/Dan Christian Rojas)

(AP) — Ted Cruz has been one of Donald Trump’s staunchest allies and fiercest critics, personifying both sides of the bind the larger Republican Party now finds itself in. The Texas senator’s sometimes dizzying toggling back-and-forth might have positioned him well to lead the post-Trump GOP no matter whether the internal struggle gripping it ultimately sides with — or moves on from — Trump. But by jaunting off to Mexico while Texans suffered through a deadly winter storm, Cruz now is unwillingly confronting another post-Trump question. His will be a much-watched test case for whether the traditional political scandal has staying power again.