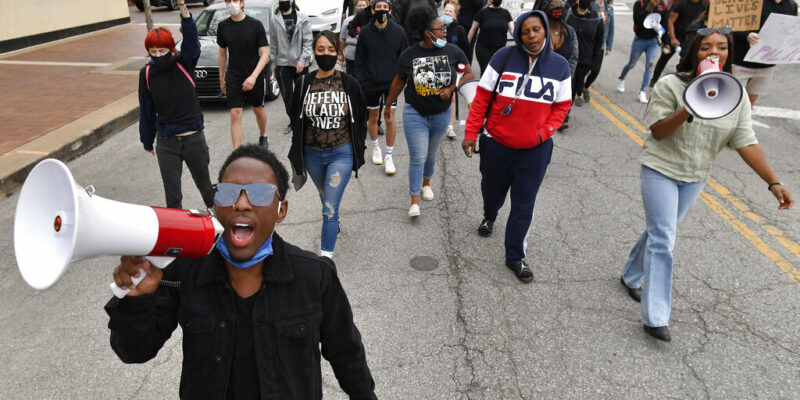 Protesters are still clashing with police in Minnesota over the shooting of Daunte Wright. Last night was the fifth night of protests in Brooklyn Center, where hundreds of demonstrators gathered outside police headquarters.

The protests grew tense after Brooklyn Center Mayor Mike Elliot said a curfew was going into effect until 6 a.m. The crowds are demanding justice for Wright, the 20-year-old Black man who was shot and killed during a traffic stop by a white police officer last Sunday. She’s been charged with manslaughter.