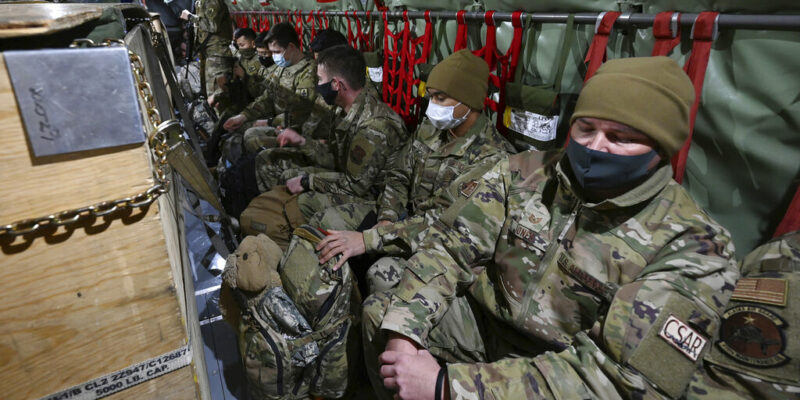 Guardsmen are seated on a KC-135 Stratotanker from the Alaska Air National Guard's 168th Wing as they prepare to depart from Joint Base Elmendorf-Richardson, Alaska, Sunday, Jan. 17, 2021, to assist with the Jan. 20 inauguration of President-elect Joe Biden in Washington. (Bill Roth/Anchorage Daily News via AP)

Major General William Walker says there’s about 21-thousand Guardsmen on the ground in DC as of this morning, roughly three times more than the average for a presidential inauguration.

Walker says today’s fire near the Capitol is just an example of how serious they’re taking security efforts, with the Capitol placed on lockdown for some time while authorities figured out what was going on.