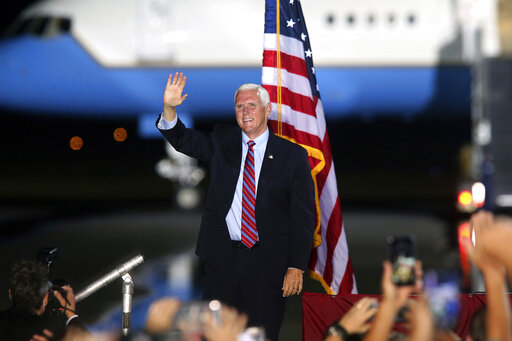 Democratic leaders want Vice President Mike Pence to stay away after his aides tested positive for COVID-19. Pence’s tie-breaking vote is not expected to be needed. Pence has not said if he plans to preside, as is customary.

Democrats tell Pence it’s “not a risk worth taking.” With no real power to stop the vote, Democrats argue the winner of the Nov. 3 election should choose the nominee to replace the late Justice Ruth Bader Ginsburg.

Spokesman: China To Sanction US Arms Suppliers To Taiwan