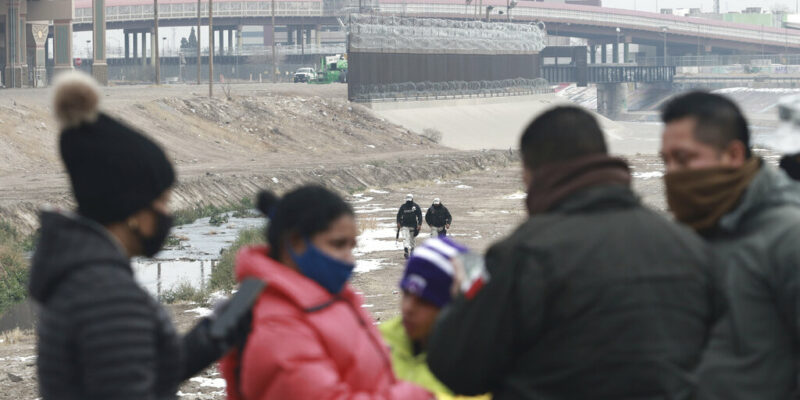 A Cuban migrant family is detained by National Guard soldiers along the Rio Grande in Ciudad Juarez, Mexico, Tuesday, Feb. 16, 2021. The number of people apprehended at the U.S.-Mexico border has increased since January and January was above December. This week families have been seen crossing from Ciudad Juarez and turning themselves over to Border Patrol. (AP Photo/Christian Chavez)

(AP) — Congressional Democrats in concert with the Biden administration have unveiled a broad immigration bill that would provide an eight-year pathway to citizenship for 11 million people living in the country without legal status.

The legislation reflects the broad priorities for immigration change that Biden laid out on his first day in office. Those include an increase in visas, funding to process asylum applications and new technology at the southern border. But after decades of failed attempts at passing comprehensive legislation, now advocates, lawmakers — and President Joe Biden himself — are signaling openness to a piece-by-piece approach.