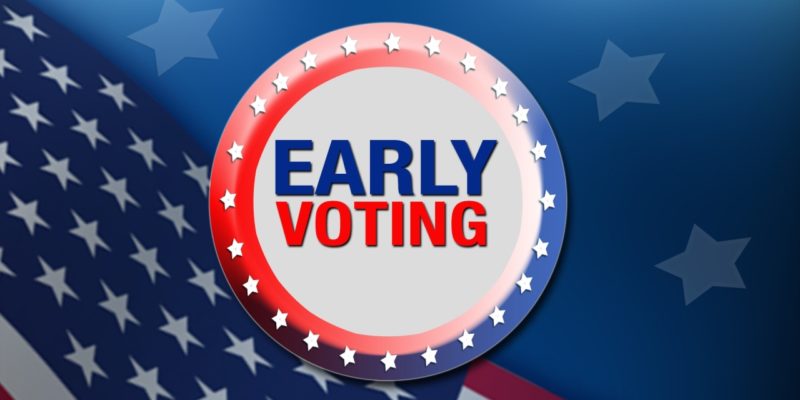 Friday is the end of the early voting period for the November 3rd election – your last chance to cast an early ballot for president, and for candidates in numerous local races. All three Valley congressmen, Filemon Vela, Vicente Gonzalez, and Henry Cuellar have Republican opponents.

So do the Valley’s two state senators, Eddie Lucio Junior and Juan Hinojosa. Voters in Cameron County will elect a new sheriff for the first time in more than 20 years – either Democrat Eric Garza or Republican John Chambers.

In Hidalgo County, Sheriff Eddie Guerra is running for what would be a second full term against Ezequiel Jurado. The cities of Donna, La Villa, and Mercedes have mayoral elections. In Weslaco, voters will decide three propositions related to reformatting the city commission.

The Brownsville ISD and several other Valley school districts have their school board elections. The Sharyland ISD has placed a $40 million bond issue on the ballot. Polls are open til 7 p.m. in Hidalgo County and until 9 p.m. in Cameron County.