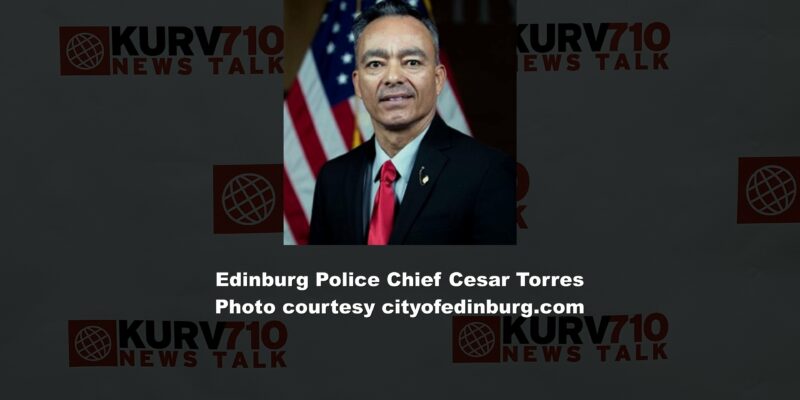 Edinburg Police Chief Cesar Torres is off the job, for now. The city has placed Torres on administrative leave with pay. The city did not provide a reason for the action, saying it does not comment on personnel matters.

However, the McAllen Monitor reports the move follows an arbitrator’s ruling last week against the city in grievances brought by two Edinburg police officers in August 2019. The arbitrator ruled that Chief Torres retaliated against the officers in violation of police union policy.

The arbitrator found that Torres reassigned the officers because they had opposed Torres’ choice of a new assistant police chief. Torres has been Edinburg’s police chief since January of 2019.