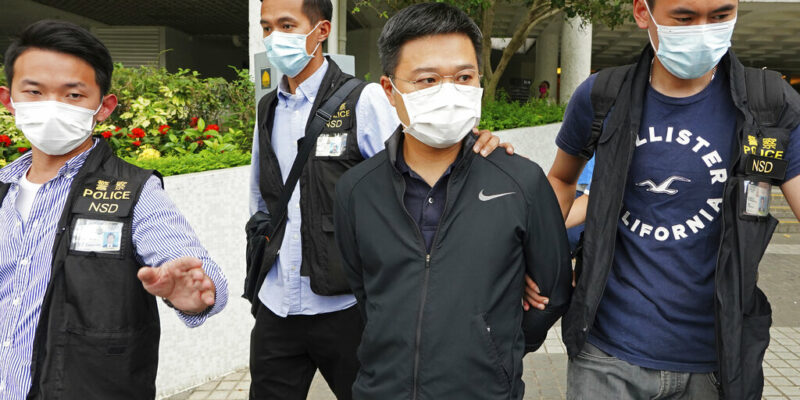 (AP) — Hong Kong police have used a sweeping national security law to arrest five editors and executives of a pro-democracy newspaper on charges of colluding with foreign powers. Thursday’s arrests were the first time the legislation has been used against the press in yet another sign of an intensifying crackdown by Chinese authorities in the city long known for its freedoms. Police said they had evidence that more than 30 articles published by Apple Daily played a “crucial part” in what they called a conspiracy with foreign countries to impose sanctions against China and Hong Kong. Apple Daily said that the move left it “speechless” but vowed to continue its reporting. The newspaper has long been one of the most outspoken defenders of Hong Kong’s freedoms.

WHO Warns Of Fresh Indonesia Surge Fed By Virus Variants

Japan Announces Easing Of Virus Emergency Ahead Of Olympics