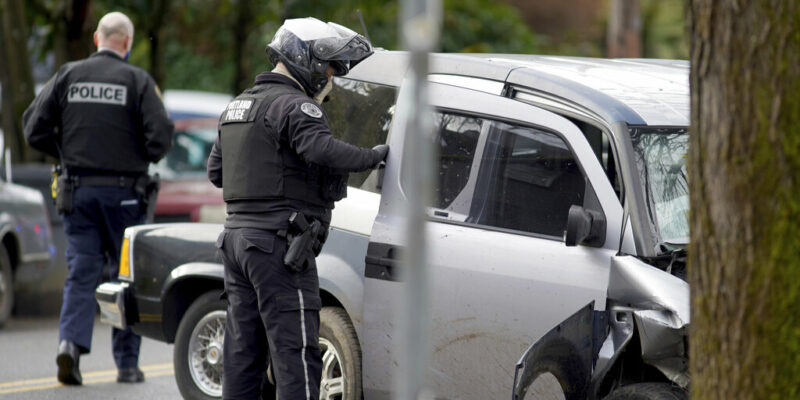 Police investigate after a driver struck and injured at least five people over a 20-block stretch of Southeast Portland, Ore., before crashing and fleeing on Monday, Jan. 25, 2021, according to witnesses. (Beth Nakamura/The Oregonian via AP)

(AP) — Police in Portland, Oregon, are investigating a hit-and-run driver who killed an elderly woman and injured at least five other people, repeatedly hitting pedestrians in a 15-block rampage. The man finally crashed the car and tried to flee on foot but neighbors surrounded him until officers could wrestle him into custody.

Calls poured in to police about a driver hitting pedestrians, a cyclist and other people and vehicles, speeding through red lights and onto sidewalks over at least 15 city blocks.

An eyewitness says he was about to meet a woman in her 70s when he saw her dragged under the car.