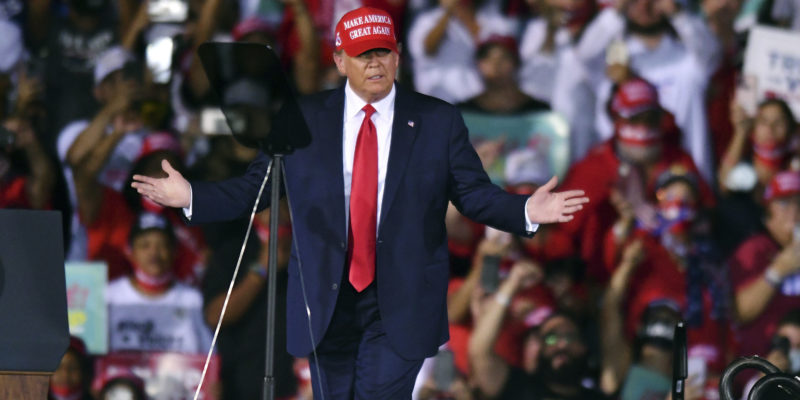 President Donald Trump and Democratic challenger Joe Biden have one last chance to make their case to voters in critical battleground states on Monday, the final full day of a campaign that has laid bare their dramatically different visions for tackling the nation’s pressing problems and for the office of the presidency itself. The Republican president’s final day has him sprinting through five rallies, from North Carolina to Wisconsin. Biden, meanwhile, is devoting most of his time to Pennsylvania, where a win would leave Trump with an exceedingly narrow path to 270 Electoral College votes.

TODAY’S TOP STORIES:
ELECTION DAY DELAY: We may not know who won the presidential election on Tuesday night. And if so, it does not necessarily mean anything is broken, fraudulent, corrupted or wrong. Trump has repeatedly suggested a slower-than-typical result is a sign of trouble. It’s unclear what the president thinks is a long period. But it’s standard practice to continue tabulating votes after Election Day.

TRUMP’S 2ND TERM?: Expect to see a lot more of the same if Trump wins a second term. Trump has consistently pointed to tax cuts and regulatory relief as key successes of his first four years. He has repeatedly pushed for the end of the Obama-era health law but hasn’t delivered a plan to replace it. He has spent his last year in office defending his response to the coronavirus pandemic while fighting with scientists and medical experts about vaccines and more.

BIDEN’S NEW PATH: Biden is promising to take the country on a very different path from what it has seen over the past four years under Trump, on issues ranging from the coronavirus and health care to the environment, education and more. The Democratic presidential nominee is promising to reverse Trump policy moves on things such as withdrawing the U.S. from the Paris climate agreement while expanding the Affordable Care Act.

FIRING FAUCI?: Trump is suggesting that he will fire Dr. Anthony Fauci after Tuesday’s election, as his rift with the nation’s top infectious disease expert widens while the nation sees its most alarming outbreak of the coronavirus since the spring. “Don’t tell anybody, but let me wait until a little bit after the election,” Trump replied to thousands of supporters early Monday.