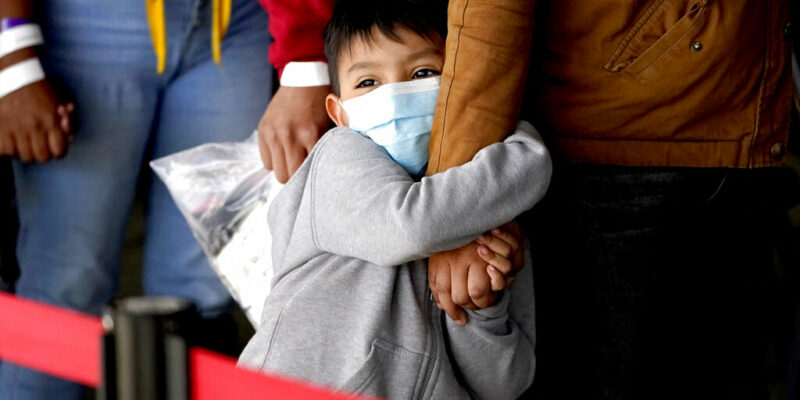 A migrant child holds onto a woman's arm as they wait to be processed by a humanitarian group after being released from U.S. Customs and Border Protection custody at a bus station, Wednesday, March 17, 2021, in Brownsville, Texas. Team Brownsville, a humanitarian group, is helping migrants seeking asylum with clothing and food as well as transportation to the migrant's final destination in the U.S. A surge of migrants on the Southwest border has the Biden administration on the defensive. The head of Homeland Security acknowledged the severity of the problem Tuesday but insisted it's under control and said he won't revive a Trump-era practice of immediately expelling teens and children. (AP Photo/Julio Cortez)

(AP) — A former camp for oilfield workers that is now housing immigrant teenagers has emerged as a trouble spot in the Biden administration’s response to growing numbers of children arriving at the border.

The U.S. government has stopped taking immigrant teenagers to the converted camp amid questions about the safety of emergency sites it is standing up in border states.

The Associated Press has learned that the oilfield location has been plagued by multiple issues just five days after the Biden administration opened it up amid a scramble to find space for immigrant children.