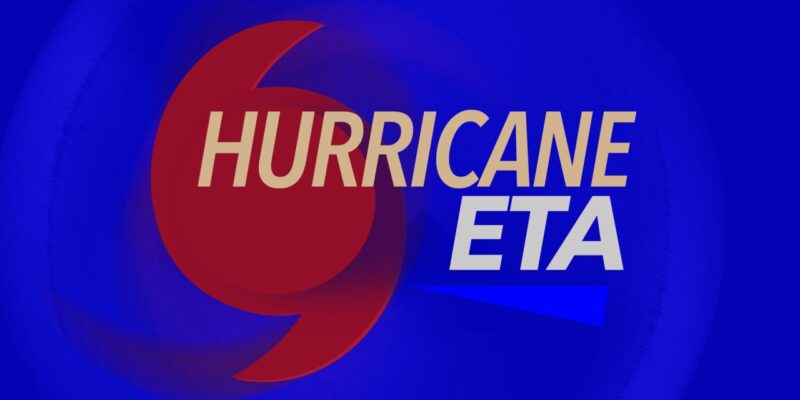 (AP) – Eta has weakened to a tropical storm just hours after regaining hurricane strength as Florida braces for a second hit from the storm. The storm’s maximum sustained winds decreased Wednesday afternoon to around 70 mph off Florida’s southwest coast.

Forecasters at the National Hurricane Center in Miami issued a hurricane watch for a 120-mile stretch that includes Tampa and St. Petersburg. The storm has been in the Gulf of Mexico since crossing over South Florida on Sunday.