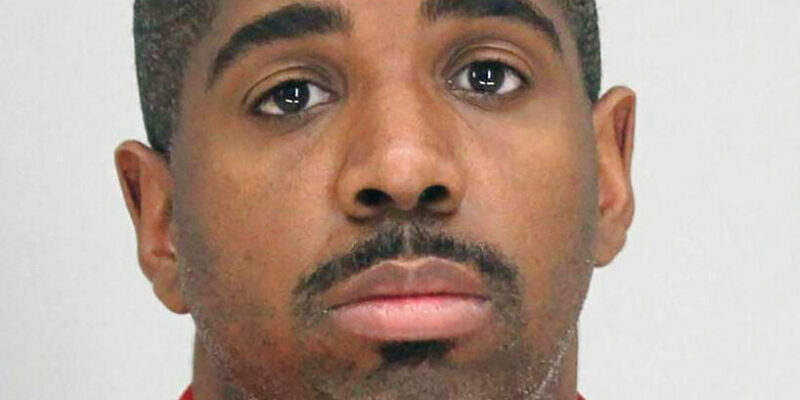 This photo provided by the Dallas County Sheriff's Office shows Bryan Riser. Authorities say Riser, a Dallas police officer, has been arrested on two counts of capital murder, more than a year and a half after a man told investigators that he kidnapped and killed two people at the officer’s instruction in 2017. (Dallas County Sheriff's Office via AP)

(AP) — Dallas’ former police chief says the police department allowed an officer to continue patrolling for more than a year while investigating whether he ordered two people to be killed because it didn’t want to tip him off.

Former Police Chief U. Renee Hall, who left the department at the end of 2020, told The Dallas Morning News that the decision not to place Officer Bryan Riser on leave was made in conjunction with federal law enforcement and the Dallas County district attorney’s office.

Riser was arrested Thursday on two counts of capital murder and was being held Friday on $5 million bond. Authorities say he arranged for someone to kill two people in separate 2017 attacks.