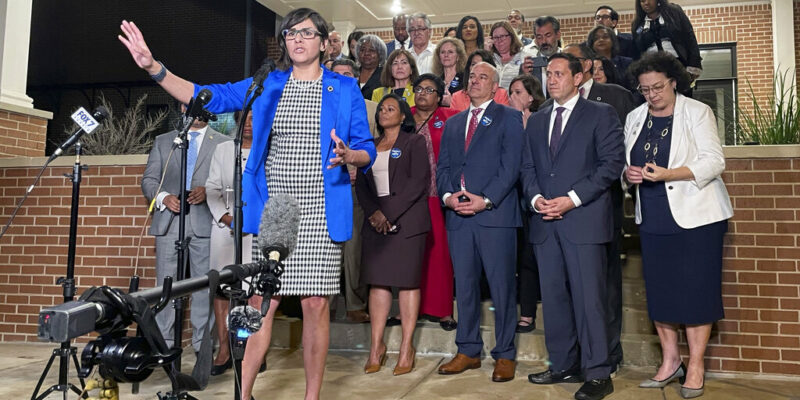 FILE - In this May 31, 2021, file photo, Texas state Rep. Jessica Gonzalez speaks during a news conference in Austin, Texas, after House Democrats pulled off a dramatic, last-ditch walkout and blocked one of the most restrictive voting bills in the U.S. from passing before a midnight deadline. Democrats in the Texas Legislature were planning Monday, July 12, to leave the state in another revolt against a GOP overhaul of election laws. (AP Photo/Acacia Coronado, File)

(AP)–Texas Democrats are camping out Washington to try to kill a Republican bill making it harder to vote in the Lone Star State.

They’re using a rarely deployed tactic of a minority party trying to block legislation by depriving its rivals of a quorum.

They used this same tactic in late May, walking off the floor for a couple of hours to kill a similar voting bill before a midnight deadline. But to kill this bill, Democrats will have to be gone far longer. History shows that’s tough to pull off.

WHO Warns Against Vaccine Mixing