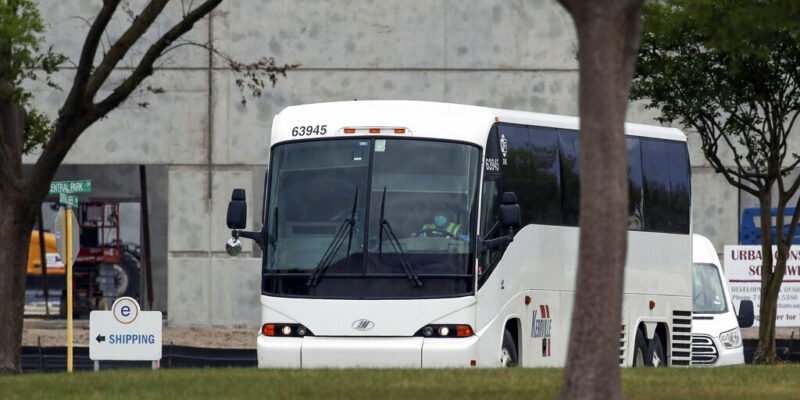 Teenage migrant girls are transported out of the National Association of Christian Churches facility in buses on Saturday, April 17, 2021, in Houston. A facility in Houston that housed girls who crossed U.S. border unaccompanied is being closed and the girls immediately moved, the U.S. Department of Health and Human Services said Saturday.(Godofredo A. Vásquez/Houston Chronicle via AP)

(AP) — The U.S. Department of Health and Human Services says it is removing immigrant girls from a facility in Houston. HHS said that about 450 girls are being removed from the Emergency Intake Site for Unaccompanied Children operated by the National Association of Christian Churches where were housed since April 1.

The agency says the site was intended as a temporary location and the girls will be paired with a sponsor or connected with the Office of Refugee Resettlement.

The director of an immigrant advocacy group says there was an unknown incident at the facility Friday. Houston police and HHS spokespersons did not immediately respond to requests for comment.