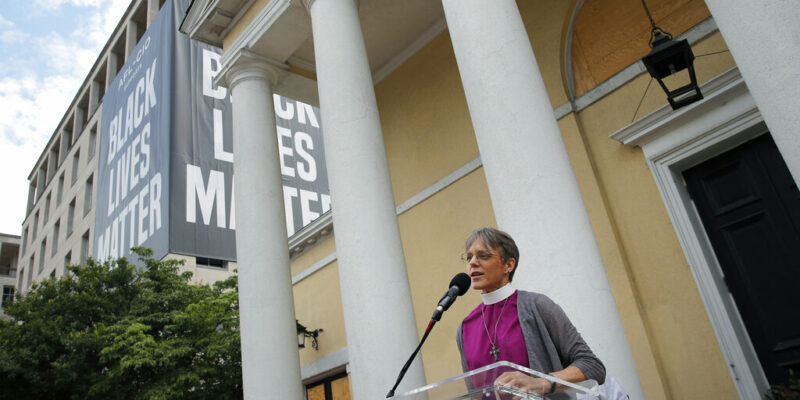 FILE - In this June 19, 2020 file photo, Rev. Mariann Budde, bishop of Washington’s Episcopal diocese, speaks during a service outside St. John's Episcopal Church near the White House in Washington. Budde is among more than 2,000 faith leaders and faith-based activists who signed a statement that is set to be released Monday, Jan. 4, 2021, urging members of Congress “to honor” the result of November’s election by avoiding “a delayed and drawn out objection” on Wednesday, Jan. 6 when President-elect Joe Biden’s win is set to be certified. (AP Photo/Carolyn Kaster, File)

(AP) — More than 2,000 faith leaders and religious activists are calling on members of Congress to honor the result of November’s election.

In a joint statement released Monday, they encourage lawmakers to avoid “a delayed and drawn out objection” Wednesday when President-elect Joe Biden’s win is to be certified.

Signatories include many prominent religious liberals as well as a handful of evangelicals who have criticized President Donald Trump despite his overwhelming popularity among white evangelical voters.

Meanwhile, some on the religious right continue to amplify Trump’s baseless claims of widespread election fraud.