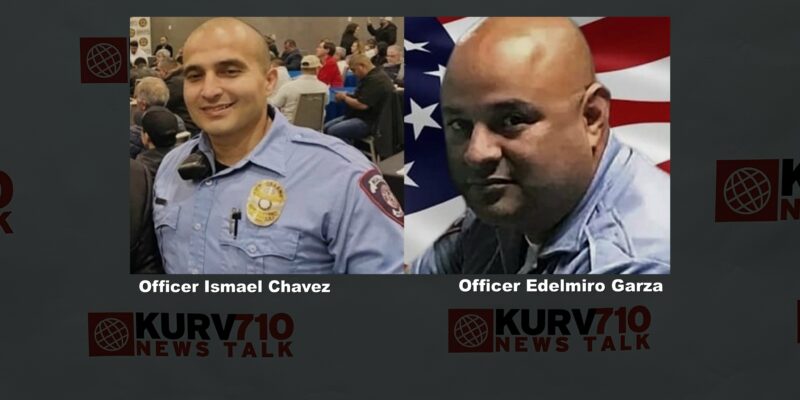 There is a new name on the Police Community Network Center in south McAllen. In an emotional dedication ceremony Sunday, police officers and city leaders gathered to formally re-name the Los Encinos center in honor fallen officers Edelmiro Garza and Ismael Chavez. Garza and Chavez were killed in the line of duty one year ago yesterday.

The pair were responding to a family violence call in south McAllen when both officers were hit with gunfire as they were about to enter the home. The gunman, 23-year-old Audon Camarillo, killed himself shortly after. Garza had been a 9-year veteran of the McAllen PD. Chavez had been with the department about 2-1/2 years.