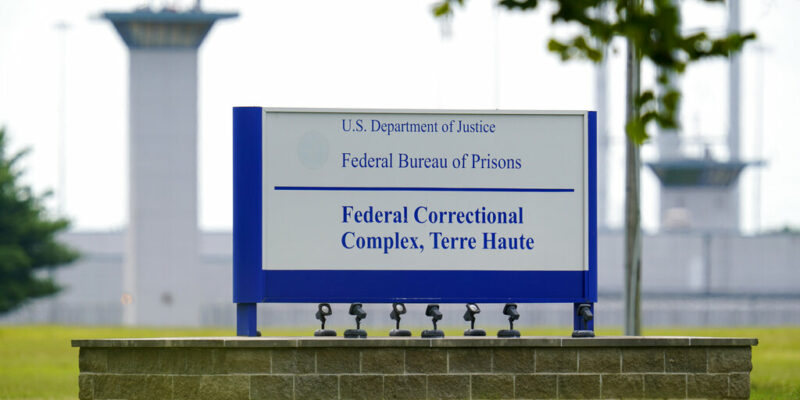 FILE - This Aug. 28, 2020, file photo shows the federal prison complex in Terre Haute, Ind. Orlando Hall, a federal inmate who killed a Texas teenage, is set to be executed at the prison on Thursday, Nov. 19. (AP Photo/Michael Conroy, File)

A man convicted of kidnapping and raping a 16-year-old Texas girl, then bludgeoning her with a shovel before burying her alive, is scheduled to be put to death. Orlando Hall is set to die by injection Thursday at the federal prison in Terre Haute, Indiana. He would be the eighth inmate executed this year as part of the Trump administration’s resumption of federal executions after a pause of nearly two decades. Hall’s attorneys have argued that racial bias played a role in his death sentence. Hall is Black and his sentence was recommended by an all-white jury. Hall was among five men convicted in the abduction and death of Lisa Rene in 1994.