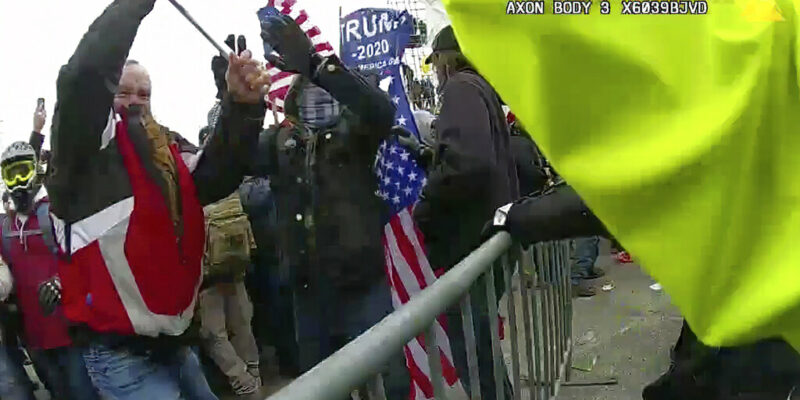 (AP)–Videos released under court order provide a chilling new look at the chaos at the U.S. Capitol on Jan. 6, including body camera footage that shows a man charging at a police officer with a flagpole.

Federal judges ordered the release of the videos after media organizations, including The Associated Press, went to court to request that the Department of Justice provide access. The videos are being presented as evidence in prosecutors’ cases against three men charged with assaulting police.

The new videos show a Marine Corps veteran and former New York City police officer wielding a flagpole as he attacks police as well as rioters crushing another officer into a door as he yells in pain.

House GOP Goes After VP Harris For Not Visiting Border

Migrants Will Replace Inmates In A South Texas Prison