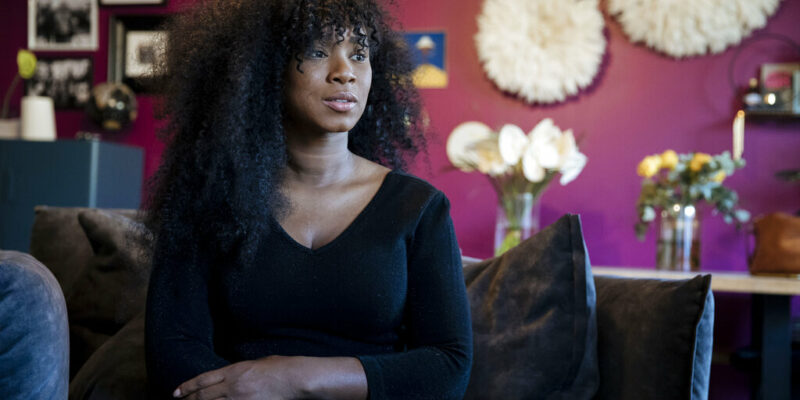 Assa Traore whose brother Adama died in the custody of French police in 2016, speaks during an interview with The Associated Press about the guilty verdict in the United States for the former police officer charged with killing George Floyd, in Ivry-sur-Seine, on the outskirts of Paris, Wednesday, April 21, 2021. Traore hailed what she described as the “courage” of the US justice system for hearing the “pain” of Floyd’s family. The death of her brother, Adama, wasn’t filmed, and its cause has been fiercely disputed. Traore has moved to the forefront of a new movement in France to wipe out what many believe to be systemic racism in policing, fight for Black rights and to challenge France’s official vision of itself as a colorblind society. (AP Photo/Lewis Joly)

(AP) — The guilty verdict in the trial over George Floyd’s death was not just celebrated in America. It signaled hope for those seeking racial justice and fighting police brutality on the other side of the Atlantic and beyond, where Black Lives Matter has also become a rallying cry.

The fight is far from over, activists in Britain, France and South Africa, said Wednesday, after a Minneapolis jury found ex-police officer Derek Chauvin guilty on all counts of murder and manslaughter in the May death of Floyd. “The name of George Floyd today brings this hope,” said Assa Traore, a leading voice among those fighting alleged police brutality in France.