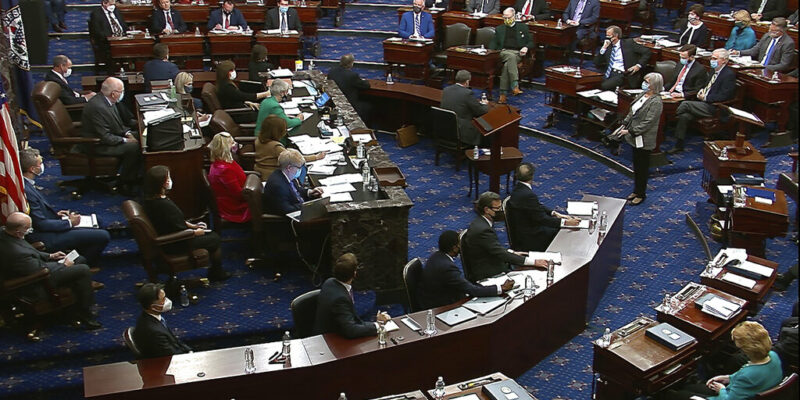 In this image from video, senators vote during the second impeachment trial of former President Donald Trump in the Senate at the U.S. Capitol in Washington, Saturday, Feb. 13, 2021. (Senate Television via AP)

(AP) — The Senate has acquitted Donald Trump of inciting the horrific attack on the U.S. Capitol, concluding a historic impeachment trial. That trial exposed the fragility of America’s democratic traditions and left a divided nation to come to terms with the violence sparked by his defeated presidency.

The vote was 57-43, short of the two-thirds needed for conviction. Seven Republicans broke for their party to find Trump guilty. Many senators kept their votes closely held until the final moments.