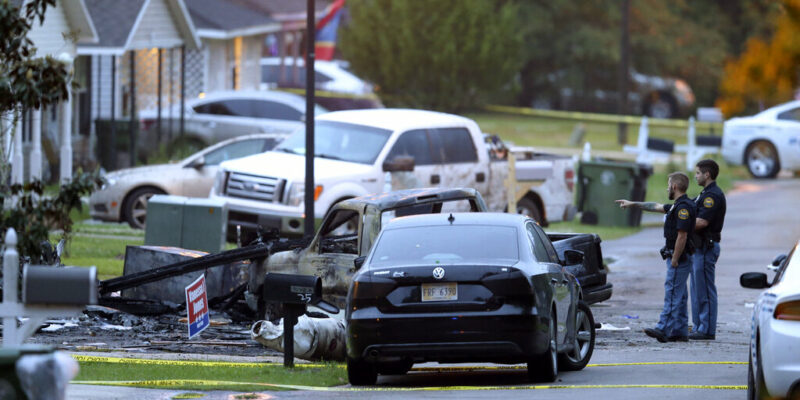 Hattiesburg police surround a burned automobile and a damaged home after a small plane crashed late Tuesday night in Hattiesburg, Miss., Wednesday May 5, 2021. Emergency officials in Mississippi say a few people were killed when the small plane crashed into a home. (Chuck Cook /The Advocate via AP)

(AP) — Authorities in Mississippi say a small plane crashed into a house, killing a toddler and two adults in the aircraft and a man in the home. The National Transportation Safety Board said Wednesday that two investigators are on the way to the house in Hattiesburg.

Authorities say the crash happened late Tuesday. The victims on board the aircraft were from Wichita Falls, Texas. The plane has been identified as a Mitsubishi MU-2B-60. It can hold a crew of two, plus six passengers.