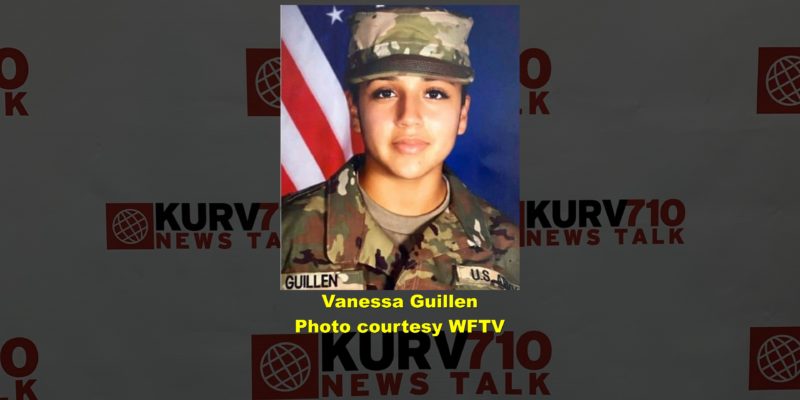 The Army is staying in touch with the family of murdered soldier Vanessa Guillen. Four-star General John Murray visited with the Guillen family for two-hours on Tuesday at their Houston home.

Guillen was a 20-year-old Houston native and Army specialist who disappeared from Fort Hood in April. Her body was found near Belton in June.

The suspect who was a fellow Fort Hood soldier killed himself before police could arrest him, but his girlfriend is accused of helping him get rid of Guillen’s body. General Murray said he couldn’t give details about the ongoing investigation.