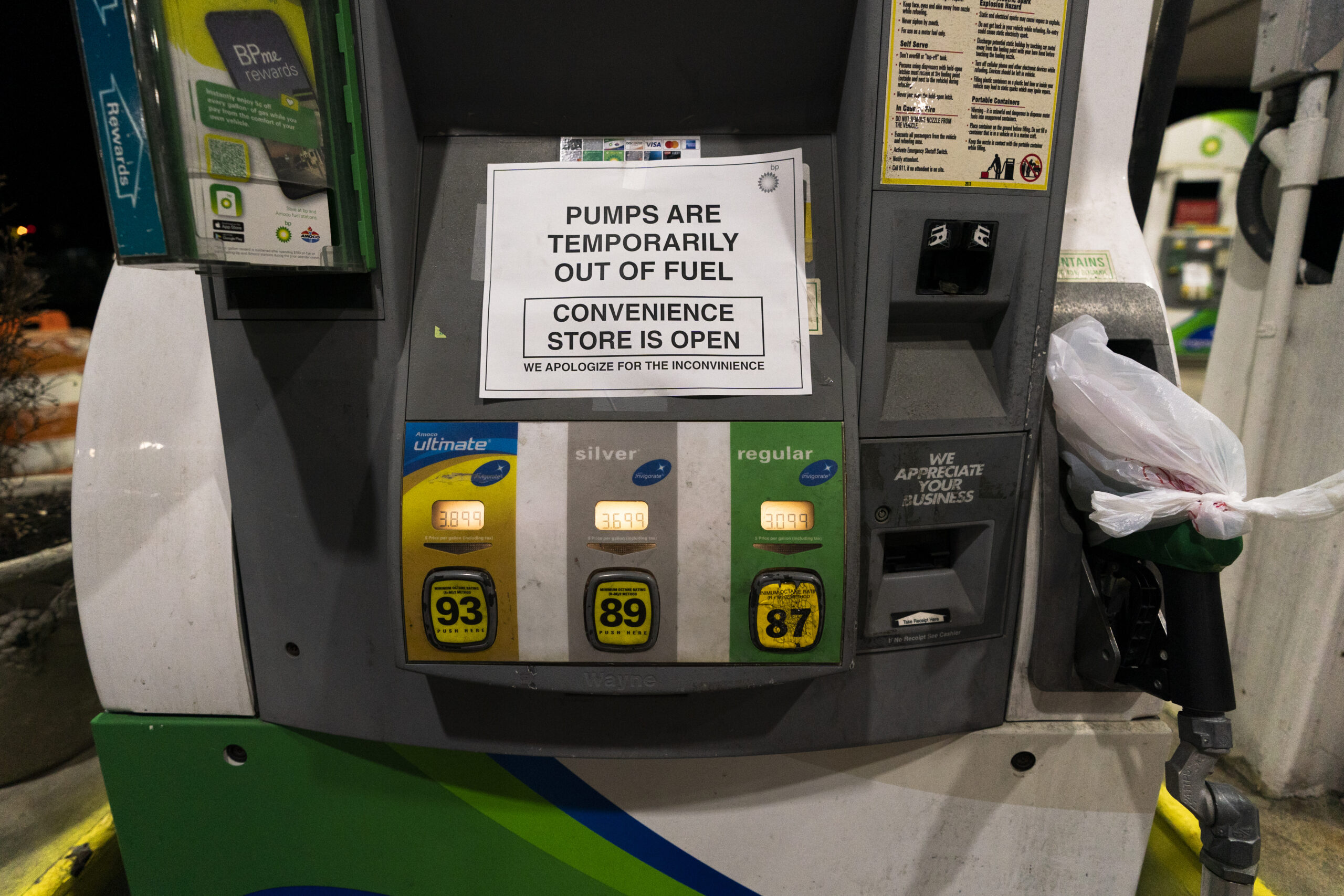 A gas pump at a gas station in Silver Spring, Md., is out of service, notifying customers they are out of fuel, late Thursday, May 13, 2021. Motorists found gas pumps shrouded in plastic bags at tapped-out service stations across more than a dozen U.S. states Thursday while the operator of the nation's largest gasoline pipeline reported making "substantial progress" in resolving the computer hack-induced shutdown responsible for the empty tanks. (AP Photo/Manuel Balce Ceneta)

Gas shortages have spread from the South, almost exhausting supplies in Washington, D.C. The runs on gasoline follow a ransomware attack that forced the nation’s largest gasoline pipeline to shut down. Georgia-based Colonial Pipeline reported making “substantial progress” in getting the pipeline back in full service. Meanwhile, multiple sources reported that Colonial paid the criminals nearly $5 million in cryptocurrency for a software decryption key to unscramble their network. President Joe Biden said Thursday that his administration would seek to put the responsible Russian-speaking ransomware gang out of business. The gang’s operators said they were shutting down, but cybersecurity experts warned it could be an “exit scam.”