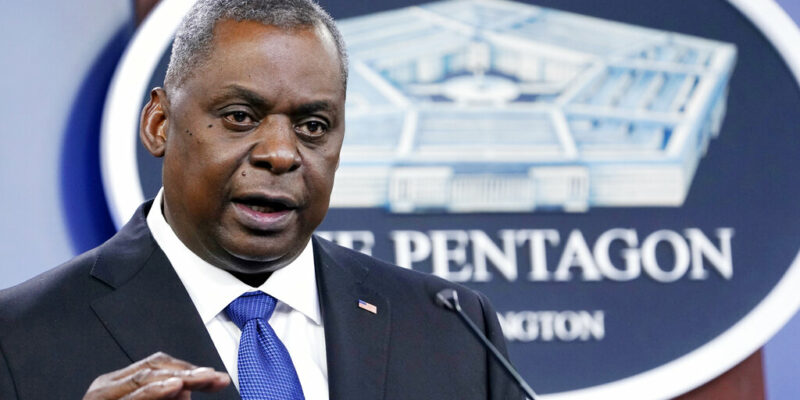 Defense Secretary Lloyd Austin speaks during a briefing at the Pentagon in Washington, Thursday, May 6, 2021. (AP Photo/Susan Walsh)

(AP) — The top U.S. military officer says the U.S. military may continue to train Afghan security forces, but do it in other countries after American forces leave Afghanistan.

Gen. Mark Milley, chairman of the Joint Chiefs of Staff, calls it one of several options the Pentagon is considering. He says the U.S. has not settled on a plan yet to continue supporting the Afghan Air Force, which is heavily dependent on the U.S. for maintenance, training and repairs.

Milley says some U.S. aid may have to be done from outside the country, but officials are also looking at whether some contracts may be turned over to Afghan control.