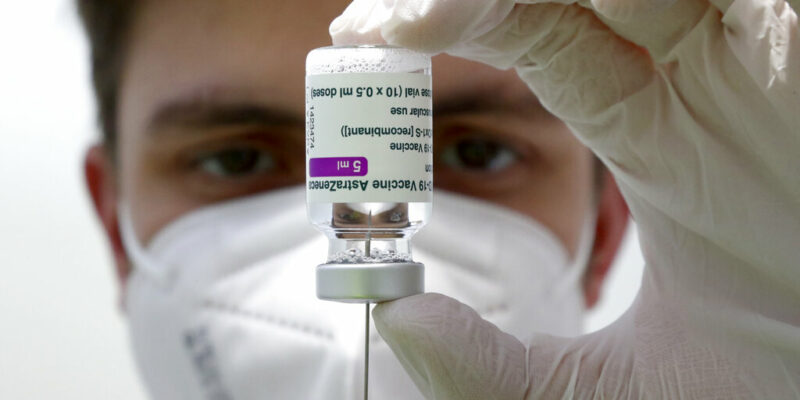 FILE - In this file photo dated Monday, March 22, 2021, medical staff prepares a syringe from a vial of the AstraZeneca coronavirus vaccine during preparations at the vaccine center in Ebersberg near Munich, Germany. Berlin’s top health official said Tuesday March 30, 2021, that the German state of Berlin is again suspending the use of AstraZeneca’s coronavirus vaccine for people under 60 as a precaution, due to reports of blood clots. (AP Photo/Matthias Schrader, FILE)

(AP) — Authorities in Berlin and Munich are again suspending the use of AstraZeneca’s coronavirus vaccine for people under age 60 due to new reports of unusual blood clots in people who recently received the shots. Berlin’s top health official says the action was taken as a precaution ahead of a meeting of Germany’s 16 states on the issue Tuesday. The country’s medical regulator earlier announced it has now received 31 cases of rare blood clots in recipients of the AstraZeneca vaccine. It says all but two of the cases involved women ages 20 to 63, and nine of the people died.

US Home Prices Soared In January By Most In Seven Years