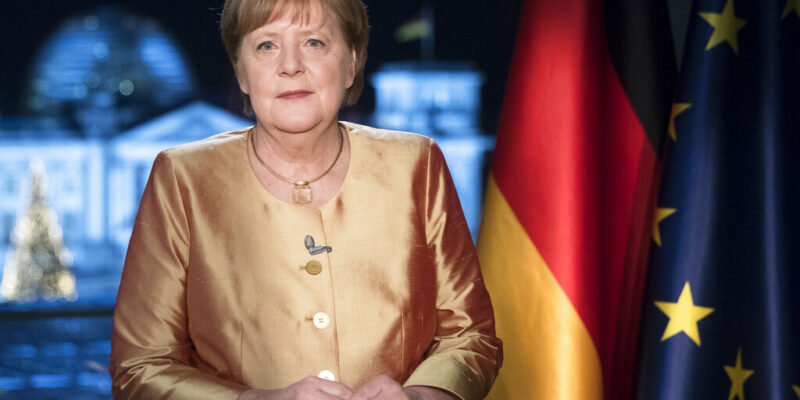 FILE - In this Dec. 30, 2020 file photo German Chancellor Angela Merkel poses for photographs after the television recording of her annual New Year's speech at the chancellery in Berlin, Germany. The coronavirus pandemic is colliding with politics as Germany embarks on its vaccination drive and one of the most unpredictable election years in its post-World War II history. (AP Photo/Markus Schreiber, File)

(AP) — Chancellor Angela Merkel’s spokesman says the German leader considers the U.S. President Donald Trump’s eviction from Twitter by the company “problematic.” Twitter permanently suspended Trump from the microblogging platform on Friday, citing a “risk of further incitement of violence” in the wake of the storming of the U.S. Capitol by supporters of the outgoing president. Asked about Twitter’s decision, Merkel’s spokesman, Steffen Seibert, said Monday that the operators of social media platforms “bear great responsibility for political communication not being poisoned by hatred, by lies and by incitement to violence.” But he said a decision by company management, rather than under rules defined by legislators, to permanently suspend the president’s account is “problematic.”