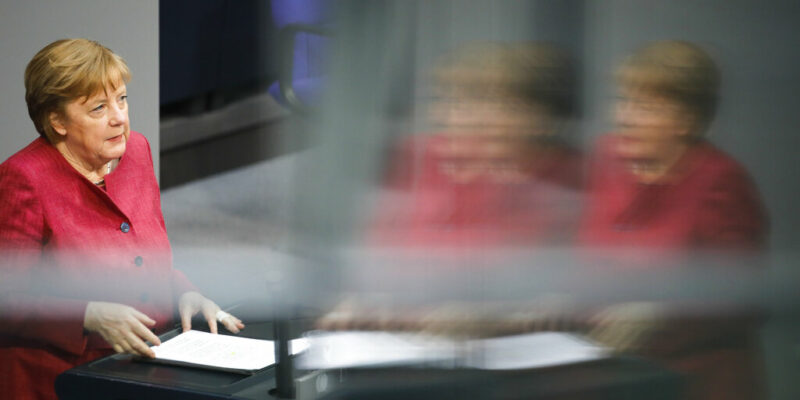 German Chancellor Angela Merkel delivers her speech during a parliament session about a new law to battle the coronavirus pandemic at the parliament Bundestag in Berlin, Germany, Friday, April 16, 2021. (AP Photo/Markus Schreiber)

(AP) — German Chancellor Angela Merkel has urged parliament to pass a bill that would mandate a nationwide “emergency brake” when the spread of the coronavirus becomes too rapid, saying that it is needed to prevent the country’s health care system from becoming overwhelmed.

Merkel told lawmakers on Friday that it was necessary to take the situation seriously. The bill seeks to end the patchwork of measures that have characterized the pandemic response across Germany’s 16 states.

Passing the bill is an uphill battle for Merkel, with state governments reluctant to cede any authority over health care to the federal government. Later in the day, Merkel said she had received her vaccination shot, a dose of the AstraZeneca product.

AP Interview: Beijing Says US ‘too negative’ Toward China