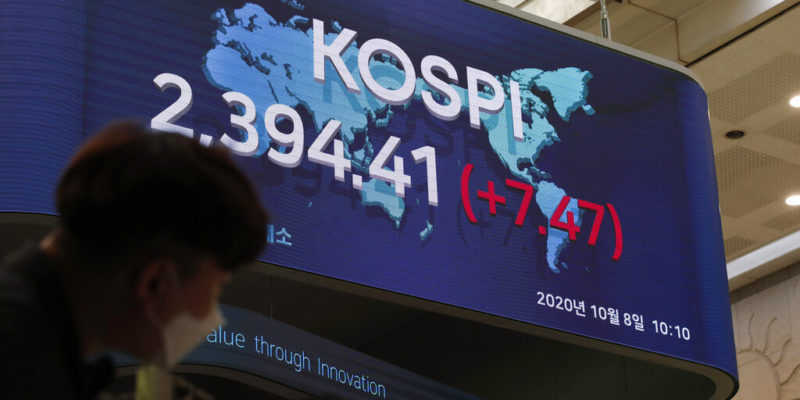 A man wearing a face mask stands near a screen showing the Korea Composite Stock Price Index (KOSPI) at the Korea Exchange in Seoul, South Korea, Thursday, Oct. 8, 2020. Asian shares were mostly higher Thursday on optimism that U.S. stimulus may be coming, as President Donald Trump appeared to reverse his earlier decision to halt talks on another economic rescue effort. (AP Photo/Lee Jin-man)

(AP) — Global shares are mostly higher on optimism that U.S. stimulus may be coming after all. European indexes and US futures are up Thursday trading following advances in Asia. Investors appear encouraged by signs that President Donald Trump may have at least partially reversed his earlier decision to halt talks on another rescue effort for the American economy. Investors remain worried about whether the pandemic will lead to more restrictions on businesses. Analysts say uncertainty remains as investor mood swings in response to Trump’s remarks. That is expected to remain through the presidential election campaign, and perhaps even after the vote. 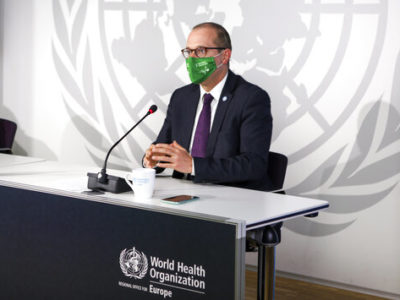 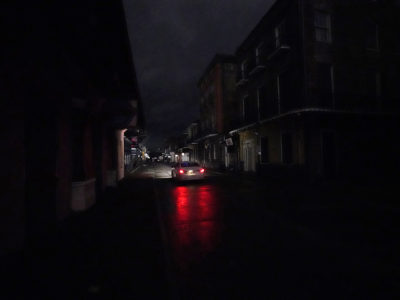 Nearly 2 Million Without Power Across The South 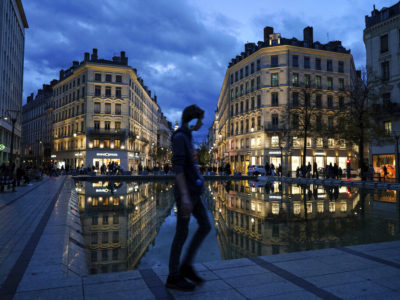 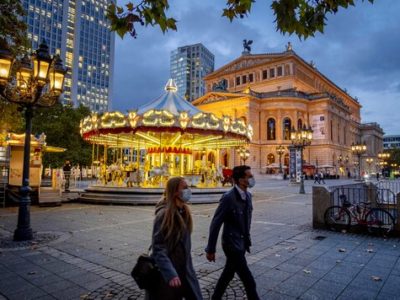