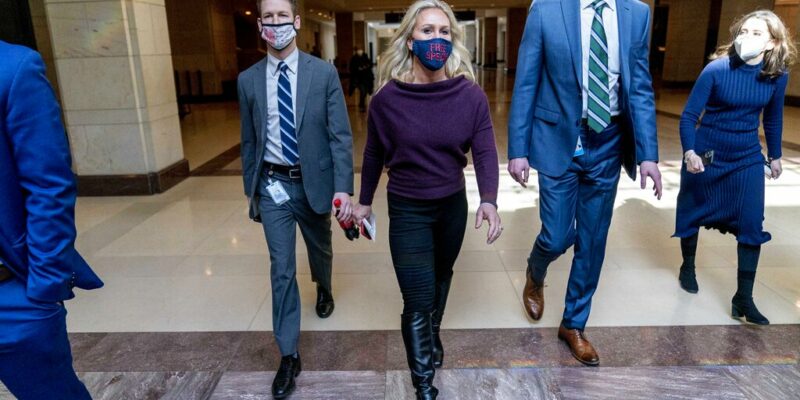 Rep. Marjorie Taylor Greene, R-Ga., walks back to her office after speaking on the floor of the House Chamber on Capitol Hill in Washington, Thursday, Feb. 4, 2021. (AP Photo/Andrew Harnik)

(AP) — House Republicans over the last 24 hours have voted to defend a freshman conspiracy theorist with a history of violent rhetoric and a mainstream party leader who led calls for Donald Trump’s impeachment.

The seemingly conflicting moves signal that some Republican leaders believe they can return to political power by cobbling together a broad coalition featuring both pro-Trump extremists and those who abhor them. The votes also suggest that Washington Republicans are unable, or unwilling, to purge far-right radicals from their party.

House Democrats voted Thursday to do what their Republican counterparts would not the night before, stripping first-term Rep. Marjorie Taylor Greene of her committee assignments.