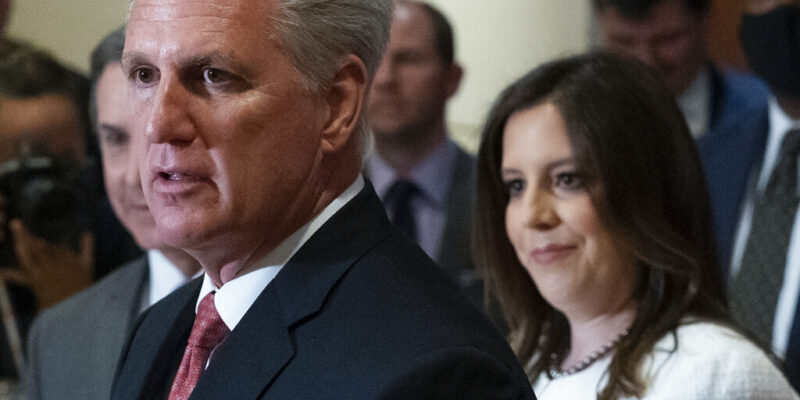 (AP) — House Republican Leader Kevin McCarthy says he will oppose a proposal to form an independent, bipartisan commission to investigate the deadly Jan. 6 insurrection at the Capitol. His rejection of the measure almost certainly erodes GOP support ahead of a vote.

McCarthy wanted the new panel to look beyond the violent uprising by supporters loyal to Donald Trump, who were trying to stop the certification of President Joe Biden’s election. He pushed to have also investigate other groups, namely Black Lives Matter. But House Speaker Nancy Pelosi and the top Republican on the House Homeland Security Committee who drafted the proposal rejected that approach. The Biden administration supports the legislation.

Spain, Morocco Square Off After 7,000 Migrants Arrive By Sea

Tennessee To Mandate Bathroom Signs About Transgender Use