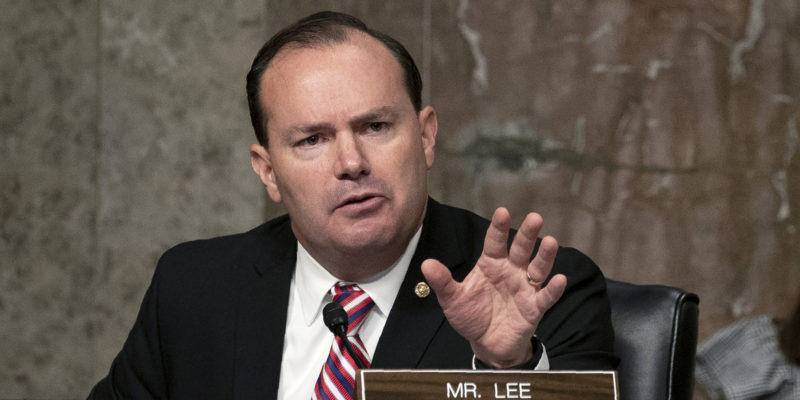 FILE - In this Sept. 30, 2020 file photo, Sen. Mike Lee, R-Utah, speaks during a Senate Judiciary Committee hearing on Capitol Hill in Washington to examine the FBI "Crossfire Hurricane" investigation. Hours after President Donald Trump announced he had tested positive for the coronavirus, Lee revealed he too had been infected with the disease. (Stefani Reynolds/Pool via AP, File)

(AP) – Republican Utah Sen. Mike Lee revealed he has been infected with the coronavirus. The announcement Friday came hours after President Donald Trump announced he had tested positive for the virus.

The conservative Utah senator plans to isolate for 10 days then return to public life the day he and colleagues on the Senate Judiciary Committee are scheduled to begin considering the nomination of Judge Amy Coney Barrett to the Supreme Court.

Lee was shown carrying but not wearing a mask while shaking hands and hugging people at a White House event last Saturday announcing her nomination.

Key Ramp To Be Closed For Big Interchange Makeover Project