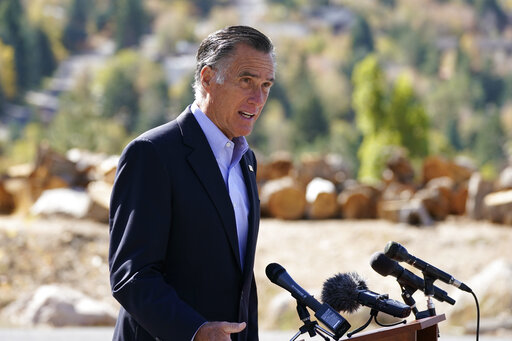 (AP) – Republican Sen. Mitt Romney says he’s voted in the Nov. 3 election but not for President Donald Trump. However, the Utah senator wouldn’t say Wednesday whom he did vote for.

The 2012 GOP presidential nominee is a longtime Trump critic and was the lone Republican to vote to convict Trump on an impeachment charge. He’s also said publicly that Trump is unfit for the presidency. On Wednesday, Romney told CNN that he has voted and that he “did not vote for President Trump.”

In 2016, Romney said he wrote in his wife’s name and predicted that she would “probably” get his vote again.