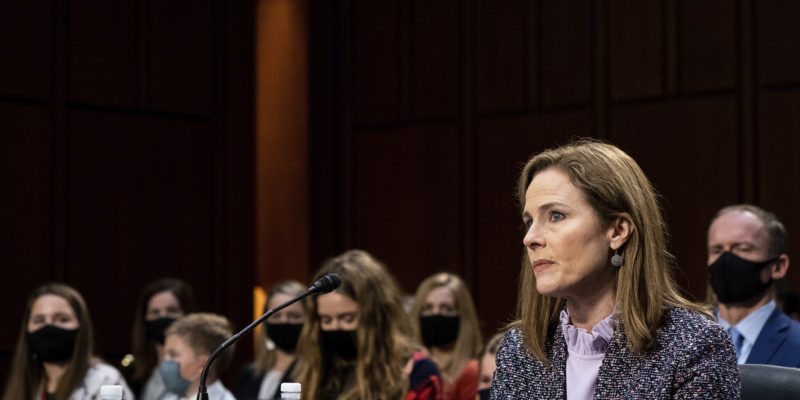 (AP) – Senate Judiciary Committee Chairman Lindsey Graham says the nomination of Amy Coney Barrett to the Supreme Court is a signal to young conservative women who oppose abortion that there’s “a seat at the table for them.”

Opening the second day of questioning on Wednesday, the South Carolina Republican told Barrett she has been “candid to this body about who you are, what you believe.”

While Barrett has repeatedly declined during her confirmation hearings to say how she’d rule on abortion, senators have been clear in their questioning they know she’s opposed to it. Democrats have warned her confirmation could lead to the overturning of the landmark abortion case Roe v. Wade.