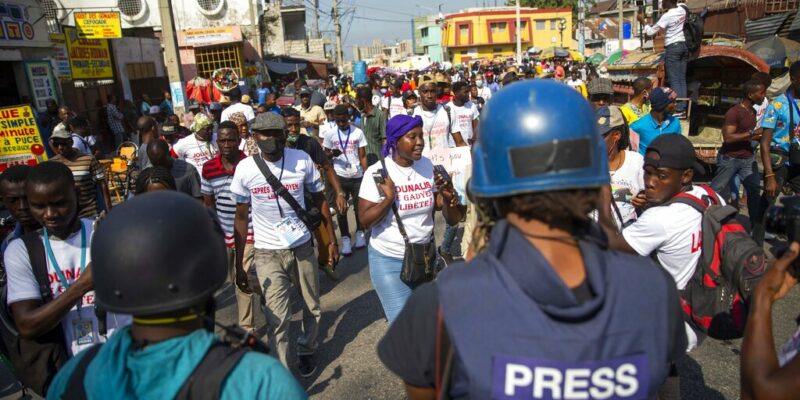 The group on Thursday chanted “No more violence against journalists!” Some held up signs that read “The police scares us” and “When press freedom is threatened, it’s democracy that’s in danger.” Several journalists have been injured while covering recurrent, violent demonstrations in which protesters often clash with police. Others have been killed while working on unrelated stories.