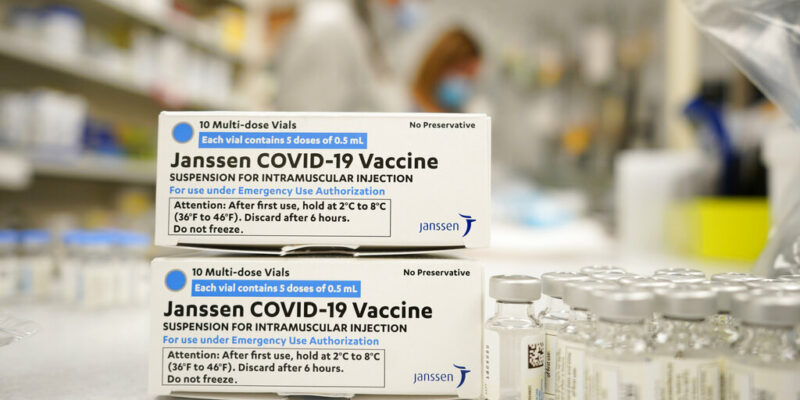 FILE - In this March 6, 2021, file photo, boxes stand next vials of Johnson & Johnson COVID-19 vaccine in the pharmacy of National Jewish Hospital for distribution in Denver. U.S. health officials are weighing next steps as they investigate unusual blood clots in a small number of people given the vaccine -- a one-dose shot that many countries hoped would help speed protection against the pandemic. (AP Photo/David Zalubowski, File)

(AP) — Half of all adults in the U.S. have now received at least one COVID-19 shot. That’s according to the Centers for Disease Control and Prevention.

The announcement on Sunday marks another milestone in the nation’s largest-ever vaccination campaign. It also leaves more work to do to convince skeptical Americans to roll up their sleeves.

The CDC says almost 130 million people 18 or older have received at least one dose of a vaccine, or 50.4% of the total adult population. Almost 84 million people adults, or about 32.5% of that population, have been fully vaccinated.

Some Jan. 6 Defendants Try To Use Journalism As Riot Defense