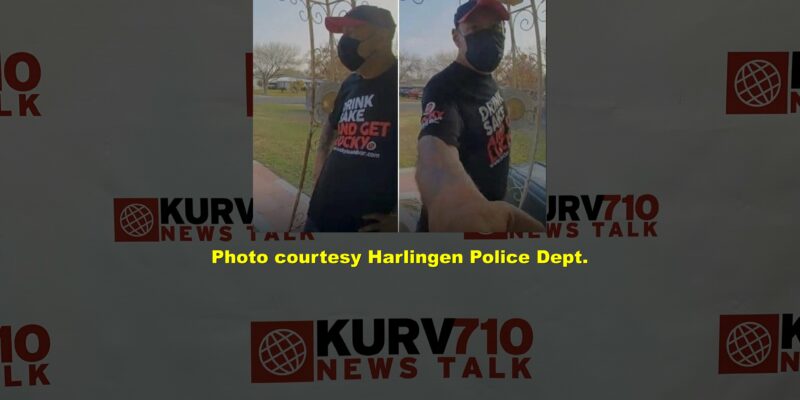 Harlingen police have identified the man who was killed Monday as 63-year-old Erick Armstrong. Armstrong was found dead in a home on the 1900 block of East Van Buren Avenue.

Police say he suffered multiple wounds but are not yet saying how he was killed. Authorities are continuing to ask for the public’s help in identifying a person of interest – a man who was captured on a door cam video and seen leaving the east Harlingen neighborhood. If you recognize the man, call the Harlingen Area Crimestoppers line at 425-TIPS. A reward of up to $1,000 is being offered for information that leads to an arrest.