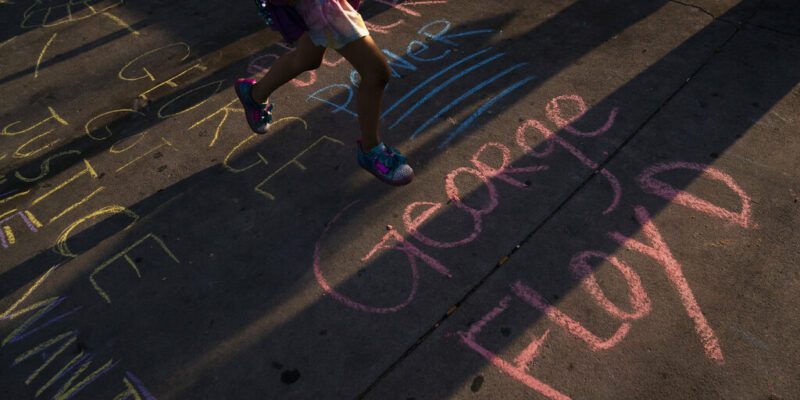 George Floyd's name is written on a sidewalk near the intersection of Florence and Normandie Avenues in Los Angeles, Tuesday, April 20, 2021, after a guilty verdict was announced at the trial of former Minneapolis police Officer Derek Chauvin for the 2020 death of George Floyd. (AP Photo/Jae C. Hong)

Harris County District Attorney Kim Ogg is trying to get a pardon for George Floyd in a 2004 drug case.

Floyd was living in Houston when he was arrested for selling ten-dollars’ worth of crack in a police sting. He later pleaded guilty and was sentenced to ten-months in jail. But the arresting officer, Gerald Goines, has since been accused of falsifying an affidavit in order to obtain the warrant used in the deadly 2019 Harding Street police raid.

Goines is charged with murder in that case, and thousands of his other cases have been examined, leading to dropped charges and overturned convictions.