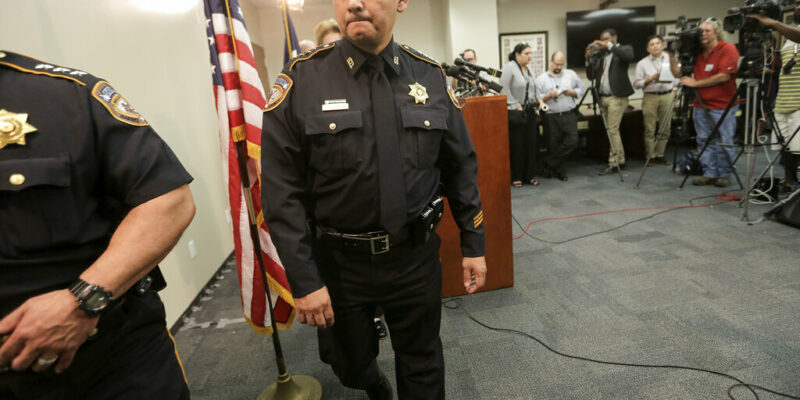 FILE - In this June 8, 2017, file photo, Harris County Sheriff Ed Gonzalez leaves a news conference, in Houston. President Joe Biden has nominated Gonzalez, a sheriff of one of the nation's most populous counties, to lead the agency that deports people in the country illegally. Gonzalez is Biden's pick for director of U.S. Immigration and Customs Enforcement, an agency that has been without a Senate-confirmed leader since 2017. (Elizabeth Conley/Houston Chronicle via AP, File)

President Biden is announcing his nominee to lead Immigration and Customs Enforcement. In a statement Tuesday, the President said he will nominate Harris County Sheriff Ed Gonzalez to direct ICE.