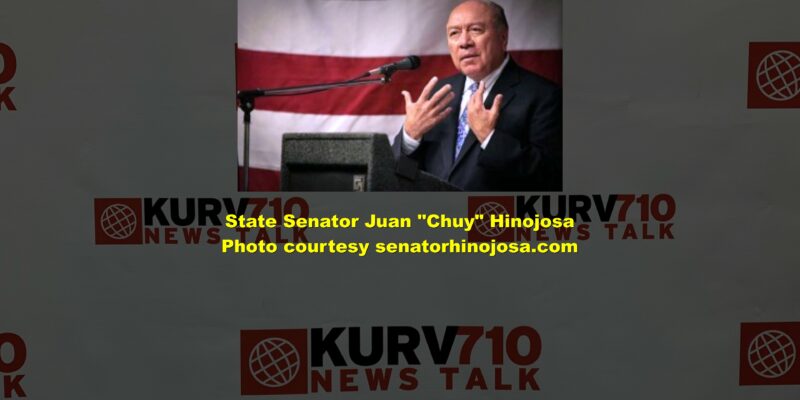 Veteran Valley Senator Juan Hinojosa says he’s running again. Hinojosa has announced he’s seeking re-election to a 5th term as senator for District 20. The McAllen Democrat has served in the state Senate since 2002.

In making his announcement, Hinojosa pointed to his work as Vice Chair of the Senate Jurisprudence Committee, which passed many of the energy infrastructure reform measures meant to prevent a repeat of the power plant failures and blackouts that occurred during the February winter storms. And as lead sponsor of the 2013 legislation that created the UTRGV School of Medicine, Hinojosa says his next goal is to bring a cancer treatment center to the Rio Grande Valley.