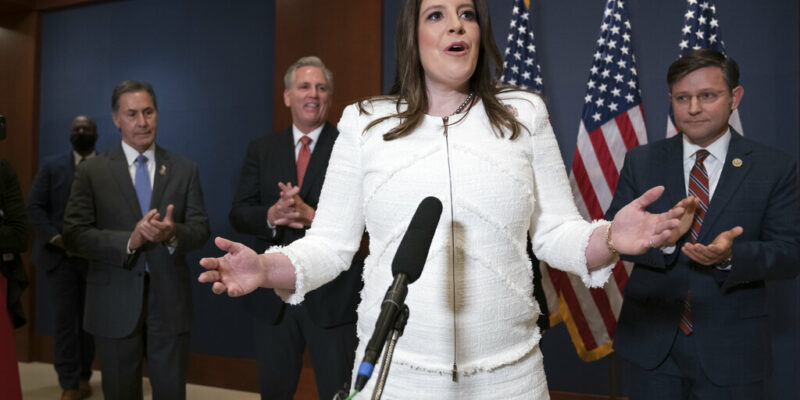 (AP) — Republicans have vaulted Rep. Elise Stefanik into the ranks of House leadership. The upstate New York Republican was elected to the party’s No. 3 post on Friday. She’s an ardent defender of former President Donald Trump.

The party hopes Stefanik will help them calm their searing civil war over the deposed Rep. Liz Cheney and her unremitting combat with the former president, who remains potent within the GOP.

Stefanik is a moderate turned Trump loyalist and advocate of many of his false claims about election fraud. She is taking the leadership job that Cheney had held for over two years.