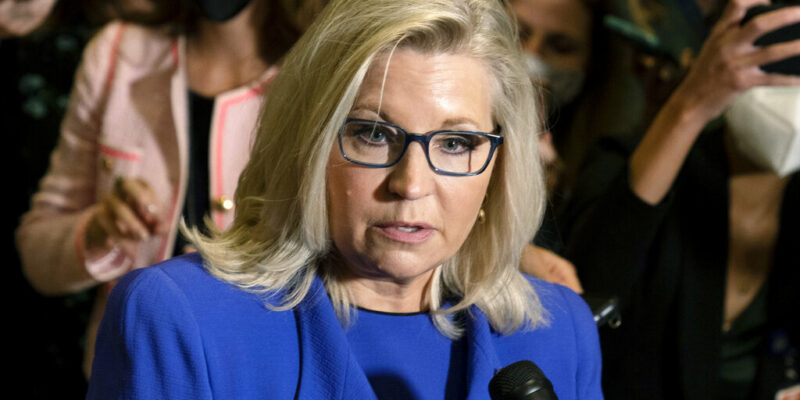 Rep. Liz Cheney, R-Wyo., speaks to reporters after House Republicans voted to oust her from her leadership post as chair of the House Republican Conference because of her repeated criticism of former President Donald Trump for his false claims of election fraud and his role in instigating the Jan. 6 U.S. Capitol attack, at the Capitol in Washington, Wednesday, May 12, 2021. (AP Photo/Manuel Balce Ceneta)

(AP) — House Republicans have ousted Rep. Liz Cheney from her post as the chamber’s No. 3 GOP leader. They used a voice vote to punish her after she repeatedly rebuked former President Donald Trump for his false claims of election fraud and his role in inciting the Jan. 6 Capitol attack.

A closed-door meeting to depose her lasted less than 20 minutes. By removing the Wyoming congresswoman from her leadership perch, the GOP produced the latest evidence that challenging Trump can be career-threatening.

Cheney was defiant and made clear inside the meeting, and afterward, that she would continue trying to steer the party away from the former president.