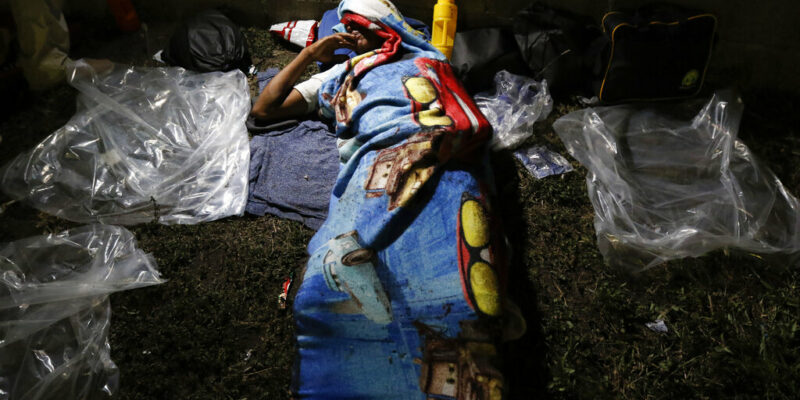 A person lies on the ground before dawn, waiting for his group to be ready to leave on foot from San Pedro Sula, Honduras, Tuesday, March 30, 2021. The group of migrants aims to reach the U.S. (AP Photo/Delmer Martinez)

(AP) — A few hundred Honduran migrants have set out for the Guatemalan border before in hopes of eventually reaching the United States — though all other recent caravans have been broken up far short of that goal.

Young men and women joined families toting small children along a busy six-lane road heading out of San Pedro Sula Tuesday. Calls to form a new migrant caravan had circulated for days, but the turnout was smaller than one that formed January. That caravan, which grew to a few thousand migrants, was eventually dissolved by authorities in Guatemalan using tear gas and riot shields.