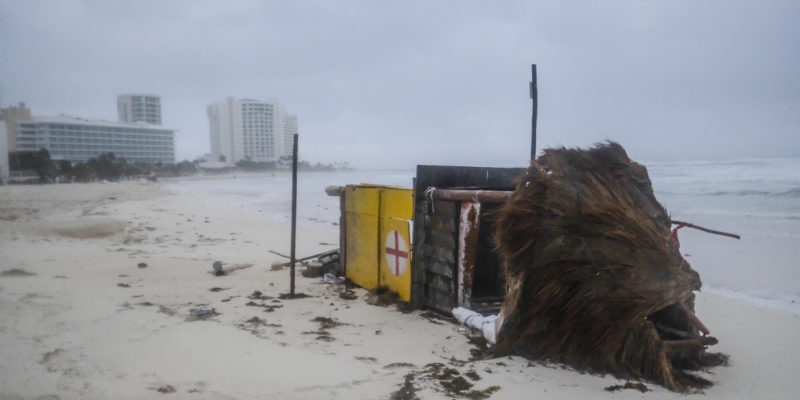 A lifeguard tower lays on its side after it was toppled over by Hurricane Delta in Cancun, Mexico, early Wednesday, Oct. 7, 2020. Hurricane Delta made landfall Wednesday just south of the Mexican resort of Cancun as a Category 2 storm, downing trees and knocking out power to some resorts along the northeastern coast of the Yucatan Peninsula. (AP Photo/Victor Ruiz Garcia)

Hurricane Delta is on the way to the Yucatan Peninsula as a Category Three Hurricane. According to the advisory from the National Hurricane Center in Miami at 2:00-a.m. Eastern time Wednesday morning, Delta has maximum sustained winds of 120-miles an hour. That’s a downgrade from Tuesday when it was a Category Four storm with winds of 145-miles an hour.

Delta is expected to strike the Yucatan Peninsula today before heading toward the U.S. Gulf Coast, where the storm could reach Louisiana late Friday or early Saturday. Forecasters say the east Texas Gulf coast could see flooding and large waves.