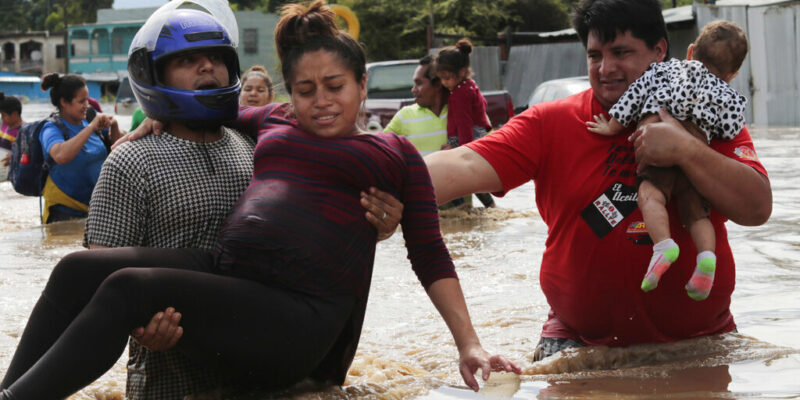 A pregnant woman is carried out of an area flooded by water brought by Hurricane Eta in Planeta, Honduras, Thursday, Nov. 5, 2020. The storm that hit Nicaragua as a Category 4 hurricane on Tuesday had become more of a vast tropical rainstorm, but it was advancing so slowly and dumping so much rain that much of Central America remained on high alert. (AP Photo/Delmer Martinez)

(AP) — A fast-strengthening Hurricane Iota is just shy of Category 5 strength as it heads for the same part of Central America battered by a similarly powerful Hurricane Eta less than two weeks ago. Evacuations were being conducted from low-lying areas in Nicaragua and Honduras near their shared border, which appeared to be Iota’s likely landfall. Winds and rain were already being felt on the Nicaraguan coast Sunday night. Iota was just off the coast of Colombia’s Providencia island on Monday morning. The U.S. National Hurricane Center warned it would probably reach the Central America mainland late Monday.