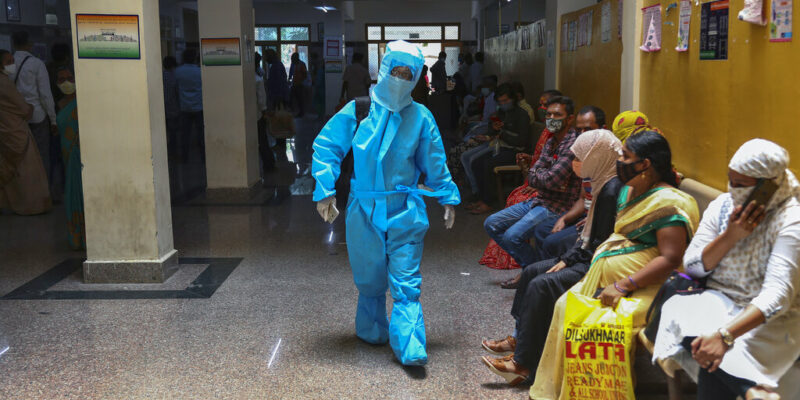 An Indian woman in personal protective suit walks towards a COVID-19 ward of a hospital as others waits for their test results in Hyderabad, India, Thursday, April 29, 2021. (AP Photo/Mahesh Kumar A.)

(AP) — India has set another global record in new virus cases, as millions of people in one state cast votes despite rising infections. With 379,257 new infections, India now has reported more than 18.3 million cases, second only to the United States. Daily deaths have nearly tripled in the past three weeks, reflecting the intensity of the latest surge. And the country’s already teetering health system is under immense strain, prompting allies to send help. Amid the crisis, voting for the eighth and final phase of the West Bengal state elections began Thursday. Prime Minister Narendra Modi has faced criticism over the last few weeks for holding huge rallies in the state, which experts suggest might have driven the surge there too.

Biden To The Nation And World: ‘America is rising anew’