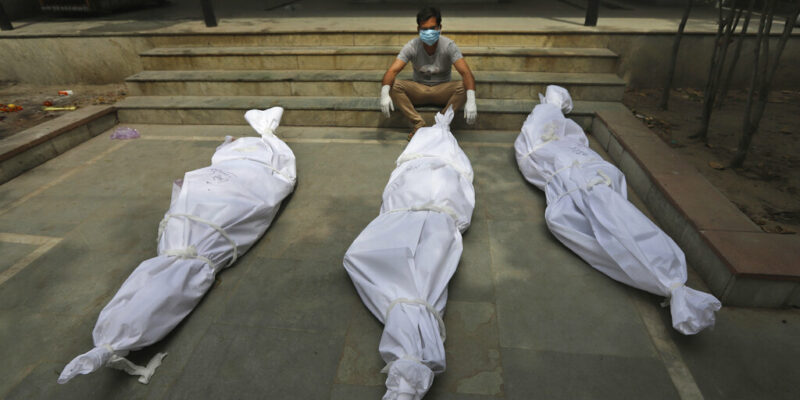 FILE - In this April 20, 2021, file photo, a man waits for the cremation of a relative who died of COVID-19, placed near bodies of other victims, in New Delhi, India. India’s death toll from COVID-19 has surpassed 200,000 as a virus surge sweeps the country, rooted in so-called super-spreader events that were allowed to happen in the months following the autumn when the country had seemingly brought the pandemic under control. (AP Photo, File)

(AP) — India’s official death toll has passed 200,000, but the true number is likely far higher. While determining exact numbers in a pandemic is difficult, experts say an overreliance on inadequate data contributed to authorities being blindsided by a massive surge of infections in past weeks. If India had better data, particularly about mortality, it would have been better able to direct efforts to strengthen hospitals and direct vaccines to hotspots, they say. Instead, evidence from mass funerals and the obituary pages in newspapers indicates problems continue in India’s system of recording deaths. But the sheer numbers of infections and deaths are such that the true extent of the pandemic’s reach in India is becoming clearer.

Biden To Pitch Sweeping ‘Family Plan’ In Speech To Congress